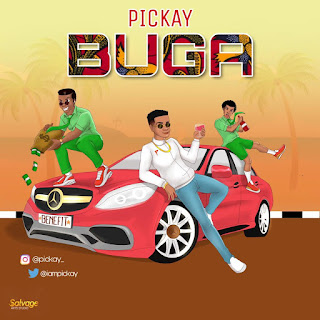 The budding hit-maker, Pickay has unleashed this dope song titled “BUGA“.
The new entry serves as his first official single into the music industry and it’s an impressive record at that..
The music maestro had before now fed his fans with series of Freestyles before finally making his debut with a song which many has dubbed “Jam of the year”.
With production credits from Blinkzbeat….
Mix and mastered : By Stickz
DOWNLOAD MP3 HERE