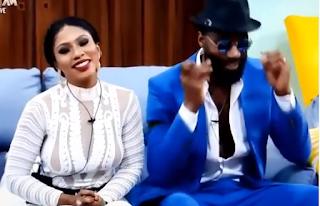 Mike was the first runner-up. He also won 2 million naira after winning arena games.
About Mercy
Mercy is a businesswoman, entrepreneur, video vixen and a television personality. She is currently based in Lagos State in the south western part of Nigeria and loves cooking, swimming, traveling and dancing.
She is very beautiful, lovely, industrious and talented. She is currently the only woman last standing in the house at the 2019 Big Brother Naija TV Reality Show tagged Pepper Dem Gang.
She was born on 29th September 1993 in Owerri, Imo State in the south eastern part of Nigeria. She is currently 26 years old. She refers to herself as Lamborghini and highlight queen. She is originally from Owerri, Imo State in the south eastern part of Nigeria where she completed her primary school education and obtained her First School Leaving Certificate.