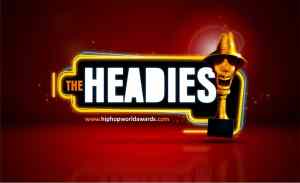 On September 21, 2019, Nigeria’s biggest and most prestigious music award show, The Headies, opened its doors to receive entries for its 13th music award with this year’s edition themed ‘The Power of A Dream’.

The year in review was announced as January 2018 and June 2019. The award show is scheduled to hold October 19th, 2019.
Running for over a decade, the 13th Headies award will feature 23 unique categories in recognition of Africa’s finest artiste.
This includes; Best Recording of the Year; Best Pop Single; Producer of The Year; Best Rap Album; Best R&B/ Pop Album; Best Collabo; Best Rap Single; Best Vocal Performance (Male); Best Vocal Performance (Female); Next Rated; Hip Hop World Revelation; and Lyricist on The Roll.
Others are the Best Street-Hop Artiste; Album of The Year; Artiste of The Year; Song of The Year; African Artiste Recognition; Headies’ Viewer’s Choice; Industry Brand Supporter; Best Performer; Songwriter of The Year; Rookie of The Year; Special Recognition; Hall of Fame.
When nominations were opened, 29 categories were announced. But with the announcement for nominees, only 23 categories were announced. Categories like Best Reggae/Dancehall, Best Alternative Album, Best R&B Single, Best Songwriter and two others were cut.
Last year’s edition saw Nigeria’s sensational artiste, Olamide, with the highest number of nominations (10). He was closely followed by Tuface (7), Wizkid (6), Davido (4), and Clarence Peters (4).

BEST PERFORMER
A non-voting category for the artistes whose stagecraft, showmanship and performance routines are exceptionally conceptualized and executed in the year under review with consideration of live performances.
SONG-WRITER OF THE YEAR

ROOKIE OF THE YEAR:
A voting category for the rookie of the year who has had a successful year musically, with the absence of an album in the year under review.