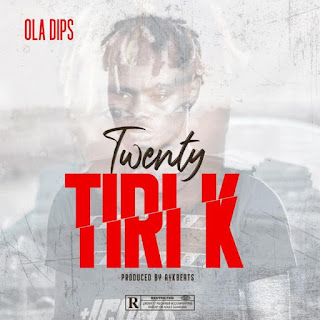 Oladips released his debut official single after dropping himself off from Reminisce owned record label, LRR, the new tune is titled "Twenty Tiri K"
He named the single after the monetary amount he claimed to leave his former label with, the song embodied the struggle he went through with the little amount he has left when leaving LRR.
You all should to listen to this new Oladipspiece and be well informed about his struggle and hassles.
Listen & Download “Oladips – Twenty Tiri K” below:-