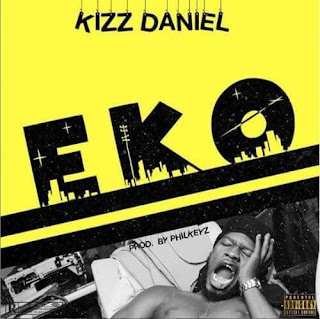 Shortly after releasing “Fvck You” which disturbed the blogosphere and social media with its challenge, FlyBoi INC. boss, Kizz Daniel wastes no time to come through with a brand new banger titled “Eko”
On “Eko” the hit maker talked about Lagos and he made it clear that anyone who is on Lagos and not wise can never be wise saying “If you no fit wise for Lagos, you no fit wise for anywhere”
The song was produced by Philkeyz.
Download and enjoy below