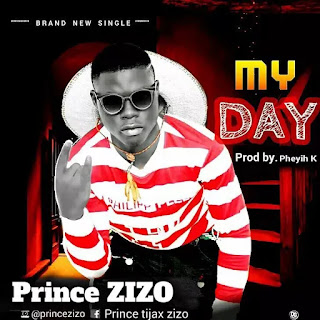 Firstline record second born Prince-Zizo,The fast rising pop singer.
He presents thus new jam which he has been working on since a month ago.
It was known that’s he was born on 7th of October,And after grappling the fame with his resent single “everyday and Blessing” which was a collaboration hosted by the management on firstline record featuring”Roggerboy”.He was promised earlier to drop this song Titled “My-Day” and it is here for you to listing,Produced by Pheyih-k…