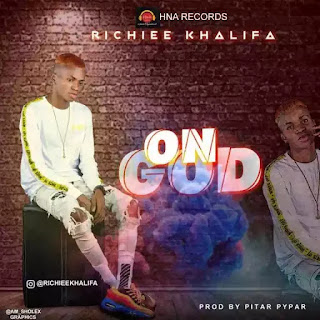 Richiee Khalifa has consistently dropping rap singles such as “Certain”, “Ja Won Tan”, “Blessings” , “Boju” & his last single before this “Never Give Up”. Since he started his rap career

He quotes “Well this song is all about Patience, Endurance, Believe, Work and Pray everything will be turn out fine one day.

This song is not just a motivational song but a song that will inspire everyone both locally and internationally.

Listen to “On God” by Richiee Khalifa & Don’t forget to drop a comment below.