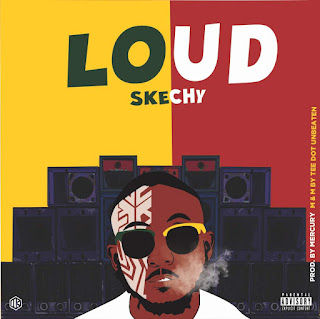 "LOUD" is not your everyday kind of music as @SkechyOfficial drops yet another Blazing Song where he introduces the #NewCenturyVibe genre of music. Yes, you saw it here first, He is officially our King of the #NewCenturyVibe.
We are not Surprised though, as we are still yet to get enough from his last song titled Blessings which was released a while ago
On this Song "LOUD" he uses creativity to state his intentions on the African Music Scene that he will be too LOUD for negativity.
He infuses Comedy and Afro-Sounds as he teams up with out of the world Producer, "Mercury"
The lyrics, Vocal Strength and Sweet melody from start to finish will surely keep you listening and dancing.
LOUD was produced by Ace Producer Mercury and Mixed by Tdot Unbeaten.
Get Familiar and join the moving train by following @Skechyofficial on all social media platforms.
Listen & Download LOUD below 👇
DOWNLOAD HERE